Interstate 76 in Philadelphia during rush hour is no joke and its definitely not a place to have an anxiety attack. However when I still worked the evening and night shifts on the plantation at the hospital I found myself unable to breathe one night as I was rushing to work, late as usual. The Dad and I had had another one of those toxic “discussions” before I was to leave the house and just as I passed the Montgomery Avenue exit east bound on 76 I found myself thinking that I was going to die. I couldn’t breathe; it felt like I was having an asthma attack while smoking a cigarette. Tears streamed down my face causing my scrubs to become soaking wet and I found that I was hoping to die. Finally I was able to breathe and I chalked this feeling as a one for but found that this was just the start of many days of me feeling low, hoping that I could sleep forever, avoiding life and people and wishing the pain would go away.

One day the thought popped into my head that, despite all of the arguments that The Dad and I had, despite me feeling like crying, despite me feeling like a failure, everything would be OK if I just lost weight. No, not just lost weight, if I was sexy and thin and so I started to exercise. Two, three times a day I would drag out my step board and two or three times a day I would jump around as I mimicked the moves of Petra or Donna. When the house seemed to swallow me up, I would begin to walk. First on the Drive (cause that’s where the cool kids go) and then at a track near my former home. Stress and this ridiculous exercise schedule caused me to lose weight but my that wasn’t the secret to staying happily married and after a knock down drag out fight, The Dad and I parted ways for good.

Everyone said, “Good for you! You don’t need him!” I would agree, getting in a dig or two of my own but in my secret heart I would think if only! If only he could see that I am good enough! If only he could see that I am doing my best! If only! If only! If! Only! Mom would say to me that I seemed different. I would grin and pretend but at night I would sob, sob, sob, heartbroken and amazed that I had any fluid left in me. I would stay in bed all day and night, hoping that some miracle would woo me from the comforts of the bed that seemed too big for just me and wish that things were the way they were.

I decided that since being a crazy exercise chick wasn’t the answer, I would “show him” and eat what I wanted and I did. As I lay in bed, feeling sorry for myself and wishing things were different, eating ice cream straight from the carton and wondering why I felt like crap, my mom called up and suggested I get my sneakers on so that we could take a walk. I begged off but the next time she headed out she grabbed me and told me that I should go with her. As she leaned against the table fixing her sneaker I thought that if she could do it, then so could I. Mom has renal failure and is sore about 70 percent of the time but she told me to get myself ready and meet her downstairs so that we could walk. And we did. Walked and walked, some days in silence, some days with talk about nothing substantial, some days with me so angry that I wanted to kick something but Mom would just head round and round the track. We walked all over and there were days when I wasn’t the nicest and there were days when I wanted to curl up into a ball and cry and cry but those days were fewer and fewer and spending time with people felt good and I begin to think that maybe, just maybe I would be happy and then one day I was not as sad and the tears did not fall as easily and I began to remember what I liked and one day it was OK.

In Lost Edens, author Jamie Patterson struggles to save her marriage which may or may not be already over. Keeping her attempts a secret from her family, she attempts to mold herself into the wife her husband wants her to be. As a member of From Left to Write book club, I received a copy of this book for review. You can read other members posts inspired by Lost Edens by Jamie Patterson on book club day, October 27 at From Left to Write.

Stay Social!
Rachee
I am mom, daughter, sister, yarn lover, word lover, crazy cat lady and library chick. Find me with book or with hook and a hot cuppa.

Your turn! Tell it to Rah-shay! Cancel reply

Thanks for stopping by!

Drop me a line at rachee@sayitrahshay.com

Some stuff I said before

Stuff I Wrote Before 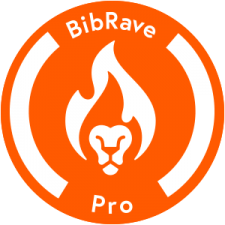 I’m a part of the Stiletto Running 2022 Runway Crew

🌈
It’s a muggy mess out there. Good conversation and three in with @nkengerushhall.
The random cat I saw during today’s run.
Back at it with the Sunday group! Got some love from Paco and words of encouragement from my run group.
Forgot to post this from today. We had a big program and one of my library littles came to check it out.
My watch glitched but who cares; I got it in! Submitted my last paper for this semester, had a good morning and got in three before starting the work day.