I got a medal y’all!
This time last year I was ducking Facebook and Twitter statuses because once again I had wussed out from a race. I had signed up for the Broad Street Run with the best of intentions. I really was going to do those ten miles but didn’t. No excuses, I just did not prepare and, even worse, didn’t even show up. 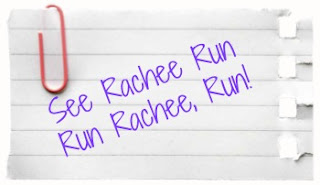 But this year, honey let me tell you…I did it! It wasn’t pretty. It wasn’t fast but I did it! Despite being exhausted I found it hard to get to sleep. I wasn’t sure how the day of the race would go; I got up early, made myself eat a small breakfast and even folded four baskets of laundry. The Bee grabbed the sign she made for me and we headed to meet up with Effin Guy who was to drop me off to the race.

When Effin Guy dropped me off at Broad and Olney and I found myself outside of my old high school, wandering the crowd. There were so many people! People wearing red socks, people with funny tee shirts, people with the serious race gear. At the start I was to meet up with some blogging friends of mine but I couldn’t find them but did run into one of the mom’s from the library, my friend Leigh Ann, who is a coach for the Team in Training, a woman I only know from Twitter and the Black Girls Run group.

Let me tell you, the BGR run group is nobody’s joke. They were like a well oiled machine, supportive and motivating  greeting each other and including people they didn’t even know in their workouts and prayer circles.

Instead of getting into my head I cranked up the tunes on the power songs that got me through my gym workouts and tried not to think about the ten miles ahead. As the race started, I moved along with the crowd up towards the start line.

I won’t go mile by mile but here are some highlights:

My plan for the race was to jog a mile, walk a mile but I cannot lie. I got caught up in the frenzy of the crowd and found myself pushing more and more. I wogged the fist mile and walked, jogged the second and totally didn’t follow my plan.

Broad Street is not flat!

Running off to the side I found that Broad Street is pretty bumpy. There were a few times that I stumbled my way through a cross walk and  found that I was looking down to avoid some obstacles.

Throughout the race bands played, the Temple marching band and cheerleaders were in hand to cheer us on. There was a church group singing, drill teams marching, drummers drumming a scores of people giving high fives, “way to gos” and “you can do its.”

The support of people watching the race was infectious. Just as I thought I wasn’t able to take another step, that the pain in my heel was going to win, someone would be there to cheer me on. My friend Amy was there and helped through the halfway point. As I began to sob, wondering what possessed me to sign up for this race, she reminded me that The Bee was at the finish line ready to cheer me on. She also said that we have got to get a Black Girl Run shirt so that we can also, “preserve the sexy.”

My friend Leigh Ann told me at the start that she was with the Team in Training. She said that during the race I may see her, we could chat and then I may be in front of her and it was all good. At mile five my phone buzzed and I got this text:

In South Philly, there was a lady who reminded me that Philly people are Philly People.
“You’re in South Philly now!” she cheered, “Here is the best part!”

Even some of the racers adorned with medals and headed back to their cars stopped to share an encouraging word or two.

Nothing feels as good as success.

Crossing that finish line was the best feeling. I was wheezing (what the ham?), my legs were sore, I got cold but darn it  it felt so good to know that I did it. The pain of the race is but a small twinge and I am ready to do the next thing.

I’m headed back to the track with the ladies from Black Girls Run and determined to work on my time, my stamina and endurance. So far I can say that storytime is a joy; no more flushed face as I warm up, no more gasping for breath. My next goal is to be able to run a whole 5k, three miles. I’m there one step at a time.

If you like this post here is more about my training:
J is for Jog
No One Cares About Your Breath
When I realized that Oh Snap! I’m doing Broad Street!

Stay Social!
Rachee
I am mom, daughter, sister, yarn lover, word lover, crazy cat lady and library chick. Find me with book or with hook and a hot cuppa.

Your turn! Tell it to Rah-shay! Cancel reply 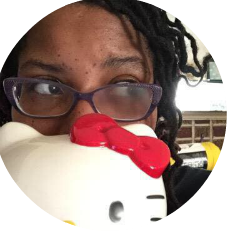 Thanks for stopping by!

Drop me a line at rachee@sayitrahshay.com

Some stuff I said before

Stuff I Wrote Before 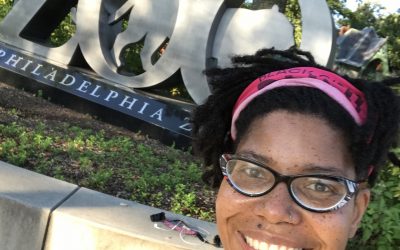